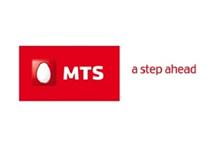 MOSCOW, Jun 10 (PRIME) -- MTS confirmed its top position on the Russian mobile connection market by demonstrating the biggest figures in January–March financials among the four major players, while analysts were impressed by growth rates of MegaFon and T2 RTK Holding and said the four would likely keep their positions in 2019 with their mobile revenue rising 3–4% on average.

Below is a table of the operators’ IFRS results for January–March as disclosed by themselves:

MTS’ demonstrated a high revenue growth of 7.9% on the back of consolidation of MTS Bank. The effect of the merger will still be seen in April–June, Mikhailin at Veles said.

The net profit of MegaFon fell for a second quarter in a row because of financing of a share buyback.

“The buyback will continue in the second quarter, and we think the net profit could amount to 2.9–3 billion rubles in April–June, and jump up to 6 billion rubles in the third and fourth quarters after completion of the buyback if revenue dynamics remain,” investment company Freedom Finance analyst Anastasia Sosnova said.

Of the big three, MegaFon was the only one to maintain high growth rates of mobile connection income, while its monobrand chain demonstrated a strong quarter with solid sales, Mikhailin at Veles said

He said VimpelCom showed the smallest revenue growth, especially in the mobile segment. “The operator mentioned strengthening competion in regions, in addition to other negative effects. The company’s financial results are still supported by integration of Euroset stores and expansion of its monobrand chain,” Mikhailin said.

VimpelCom’s sole owner VEON said in a report, “In Russia, the market continued to grow during January–March and Beeline reported solid total revenue growth year on year, mainly as a result of the strong increase in sales of equipment and accessories and positive average revenue per user dynamics…Total revenue in January–March increased 4.4% to 69.2 billion rubles, driven by an increase in mobile service revenue and strong growth in sales of equipment and accessories of 88% to 5.6 billion rubles, which were attributable to the expansion in monobrand stores.”

The operator also lost most clients among the big three. T2 RTK Holding discloses only yearly figures: its base rose 4.2% in 2018 to 42.3 million.

VEON explained a 3.6% fall in the subscriber base by “a reduction in gross sales through alternative distribution channels after the expansion of Beeline monobrand stores during 2018, while churn continued to improve, declining by 4.8 percentage points year on year. The negative effect of the strategic shift in the distribution channel mix on the customer base is expected to disappear during June–December 2019, since the integration of the Euroset stores was finalized in August 2018.”

Mikhailin at Veles said T2 RTK Holding grew faster than the others: its revenue rose 15.1% on the year to 37.7 billion rubles, which is still half of the nearest competitor, VimpelCom.

“By the EBITDA margin, which advanced 14.1 percentage points to 42.7%, T2 RTK Holding has almost caught up with the big three, while its profit margin rose quickly to the joy of one of its main holders, state-controlled telecom operator Rostelecom. We’re still waiting for the news about raising a stake by Rostelecom in Tele2 to 100% (from 45% at present),” he said.

Freedom Finance junior analyst Alexandra Ovchinnikova expects T2 RTK Holding’s revenue to gain some 20% in April–June thanks to regional expansion in the segment of virtual operators and a successful launch of a network in the Ivanovo Region, in the European part of the country.

Mobile revenue of all the four were depressed by a rise of value-added tax to 20% since the beginning of 2019 and cancellation of intra-network roaming, Mikhailin at Veles said. “The same effects depress the EBITDA margin. A relative impact from zero roaming will be seen in the financial results of the companies for at least two next quarters,” he said.

“We think that the local operators have potential to increase prices to soften the negative consequences this year. Retail chains sales growth would probably slow down on the year as the market is getting saturated with smartphones and the input of a rising average price of devices is weakening.”

“The players’ shares on the market would not change hugely during this year, we believe, and the market of the big four could rise 3–4%. We expect to see a further decrease in sales of SIM cards in the country and a stable total subscriber base at the level of 2018,” Mikhailin said.

Researcher AC&M earlier counted the nationwide subscriber base at 255.7 million in 2018.

Ovchinnikova at Freedom Finance thinks the client base will rise mainly thanks to users of the mobile Internet, whose traffic grows by some 5 GB per subscriber a month and could go up 20% by the end of 2019.

“The companies have to offer new solutions, facilitate services to win user loyalty. In such a way, the operators are undergoing digital transformation and shaping a digital ecosystem. I think an 18% growth of the local Internet of Things market to U.S. $4.3 billion this year would benefit this segment. The players’ positions would hardly change by 2020,” Ovchinnikova told PRIME.