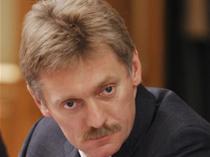 MOSCOW, Aug 5 (PRIME) -- The Russian government has not officially formulated any conditions of a possible deal on Ukrainian metals similar to the food deal, presidential spokesman Dmitry Peskov told reporters on Friday.

“Everything depends on the details. I am not able to formulate any position, nothing has been formulated officially yet… we should understand how clear cut the offer is,” Peskov said.

In July, Russia and Western states have agreed on the so-called Istanbul food deal to prevent global hunger. It includes shipments of Ukrainian grain via safe corridors in the Black Sea and adjustment of the sanctions regime to provide Russia with a possibility to export its food products and fertilizers.