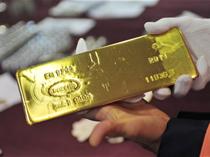 “The Russian company has discovered large gold deposits in two provinces – the Red Sea and the River Nile,” Al-Karuri said, adding that the market value of the gold amounts to U.S. $298 billion.

Under the investment deal, Siberian for Mining will produce about 33 tonnes of gold in the first year of production, and in two and a half years annual output will increase to 53 tonnes. The Russian company will have a 25% stake in the project for the development of the deposits, while Sudan’s government will have the remaining 75%.

“The company will invest in construction of a large gold refining plant in the north of Sudan. This plant is the first of its kind in the whole African continent,” Siberian for Mining’s CEO Vladimir Zhukov told PRIME.

He added that the plant’s cost is estimated at 240 million euros and its production capacity will stand at about 50 tonnes of gold per year.