PRESS: Gazprom asks EU clients for support ahead of sanctions 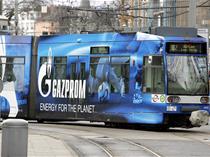 MOSCOW, Mar 17 (PRIME) -- Russian gas giant Gazprom is negotiating discounts with European clients in exchange for support ahead of pending E.U. sanctions over the annexation of the Ukrainian peninsula of Crimea, Vedomosti business newspaper reported Monday, citing two sources close to the talks.

Paolo Scaroni, CEO of one of the closest Gazprom’s partners in Europe, Eni, told local newspaper Sole 24 Ore that his company hopes to amend the current contract with Gazprom by May. The take-or-pay condition details will be changed, he said.

An official at another partner, E. On., said that Gazprom regularly adjusts prices. Gazprom declined to comment.

Russia’s Kommersant business newspaper reported that the CEOs of Gazprom and oil major Rosneft Alexei Miller and Igor Sechin will be denied U.S. and E.U. visas, and their assets in these countries will possibly be arrested.

The sanctions concern only the CEOs of the Russian fuel mammoths so far but Brussels and Washington may go as far as refusing to clear the purchase of Morgan Stanley’s oil trading business by Rosneft, sources cited by media said.

The Managing Partner of Goltsblat BLP Andrei Goltsblat said that the Western countries will first analyze all possible consequences of such a serious step. The risks for Gazprom and Rosneft are moderate to low, he said.