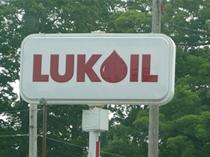 MOSCOW, Jan 25 (PRIME) -- Lukoil did not deliver products to Ukraine from a plant in Burgas or from other sources, the company said in a statement on Wednesday denying a report by newspaper Die Welt that diesel fuel from the Bulgarian plant of the company was secretly delivered to Ukraine.

"Due to a new wave of speculative media reports, Lukoil repeats that it has no contracts and never shipped products to Ukraine from the plant in Burgas (Bulgaria) or via other channels in 2022," the company said, adding that a representative for Russia's embassy in Bulgaria denied the report as well.

According to Lukoil, the reports were caused by internal political competition in the countries, where elections are due, and Lukoil is mentioned in the framework of an anti-Russia campaign. Dissemination of such reports in Russia can be attributed to unfair competition on the fuel market, and Lukoil reserves the right to go court, it said.