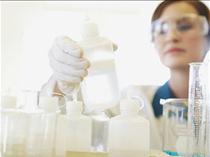 MOSCOW, May 22 (PRIME) -- The Russian Direct Investment Fund (RDIF) and medical research group ChemRar have started the final stage of clinical tests of the Favipiravir drug that may be efficient in treatment of the COVID-19 coronavirus, the RDIF said in a statement on Friday.

ďThe Healthcare Ministry approved transition into the final stage of tests on May 21 with expansion of the group of patients to 330 people from 60 people and with involvement of new scientific and medical centers. Thus, the tests of the drug will continue and will cover patients in 30 centers in nine regions of Russia. The RDIF and ChemRar sent a request to the ministry asking for an accelerated registration procedure of the Favipiravir drug,Ē the statement read.

According to the RDIF, Favipiravir produced no new side effects, and body temperature of 68% patients who took the drug normalized in three days, while body temperature of patients in the control group normalized in six days on average. Remission of viral activity in the bodies of people who took the drug occurred in four days, while the bodies of people that underwent usual therapy coped with the virus in nine days.