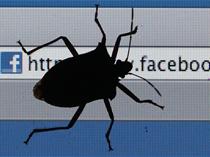 MOSCOW, Apr 6 (PRIME) -- The communications service wants Facebook to provide it with information about a leak of Russians’ personal data, the authority said on Tuesday in a statement after media reports about the accident.

“The communications service sent a request to the management of Facebook with a demand to present the fullest possible information about the leak of personal data of Russian users of the social network. The communications service demands the administration of the social network  take all necessary measures to prevent such leaks,” the watchdog said.

Edition Business Insider said that personal data and phone numbers of 553 million Facebook users from 106 countries, including almost 10 million users from Russia, were found in open access on the Internet.

Facebook said it leant about the leak in 2019, when it found and solved the problem.