Crt starts bankruptcy of Ananyevs’ former IT firm Technoserv AS 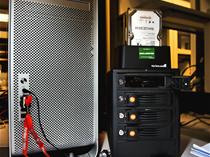 The bankruptcy case on merits will be considered on February 13, 2020.

The court dismissed the IT firm’s application to delay the case till consideration of its lawsuit against Management Company Sibenergomash.

As Promsvyazbank’s bailout started in 2017, Ananayev’s assets were split and Technoserv AS and the IT business were taken by Alexei, who headed the company till December 2018. At present, VTB owns 40% of the Technoserv group.

Technoserv implements and develops information and engineering systems on the basis of own solutions and products of global leaders, like APC by Schneider Electric, Cisco Systems, Dell EMC, Hitachi Vantara, HP, Huawei, IBM, and others.