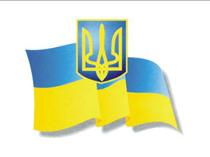 KIEV/MOSCOW, May 15 (PRIME) -- The Ukrainian government on Wednesday expanded a list of goods prohibited for imports from Russia by adding fertilizers, agricultural products, and vehicles.

The country’s economy ministry said the duties will apply to all goods from Russia, except for coal, coke, gasoline, liquefied gas, and pharmaceuticals.

Deputy Prime Minister Stepan Kubiv said that the duties will be in force from August 1.

“On the whole, we probably need to remember here that the previous decisions of the Russian side were provoked by the Ukrainian authorities,” Peskov said when asked about the Kremlin’s position on the new Ukrainian ban and Russia’s plan to retaliate.