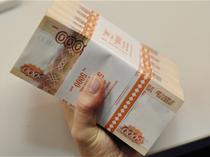 “The GDP growth assessment the first quarter of 2015 in a model of short-term forecasting based on economic statistics for January stood at minus 0.7% year-on-year and it was strongly revised downwards,” Yudayeva said.

The central bank will soon publish its economic research, she said.