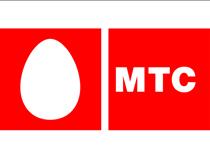 MOSCOW, Dec 2 (PRIME) -- Russian mobile operator MTS will quit Ukraine, which accounts for 8% of its revenue, to maintain leadership on the domestic market and expand its digital ecosystem. MTS could also pay special dividends from the sale that will boost quotes, as analysts say.

“This deal is in line with our revamped strategy to build innovative digital services on top of a strong telecoms foundation. As our core market, Russia accounts for over 90% of the group’s revenue. Given the small share of our Ukrainian operations in our overall business, we reaffirm our commitment to fulfilling our updated dividend policy and continuing to generate attractive returns for our shareholders,” MTS President Alexei Kornya said in a statement on November 25.

MTS signed a binding agreement with Telco Solutions and Investments, controlled by Azeri telecom company Bakcell, to sell its operations in Ukraine. Media reported that the deal contains mobile operator Vodafone Ukraine (VF Ukraine) and its units, including chain VF Retail, telecom operator PTT Telecom Kyiv, and IT services provider IT SmarFlex. MTS press secretary Alexei Merkutov confirmed that the deal comprises units of VF Ukraine, but did not elaborate.

Under the deal, MTS’ wholly owned subsidiary Allegretto will sell its 100% stake in its Dutch subsidiary Preludium, the sole shareholder of VF Ukraine, for U.S. $734 million, including some $84 million earn-out, calculated by reference to an enterprise value (EV) of Preludium of $848 million. The transfer of the shares is expected shortly.

“We believe MTS’ Ukrainian business was valued rather fairly given the much higher risk-free rate in Ukraine. We are pleased to see MTS focusing more on its Russian operations and do not see the sale as posing any risk to free cash flow (FCF), as the Ukrainian operations accounted for around 9% of MTS’ FCF, on our estimates,” investment company Sberbank CIB said in a research note.

But investment company Veles Capital analyst Artyom Mikhailin said that the EV of $848 million looks low and translates into a 2019 EV/EBITDA multiplier at 2.6–2.7x with the current value of the MTS group at 4.1–4.2x.

“MTS serviced 19.8 million subscribers in Ukraine as of the end of September. The ruble-denominated revenue of the unit accounted for 8% of the parent’s consolidated revenue and jumped 33.5% on the year in January–September. Adjusted OIBDA in rubles amounted to 9% of the consolidated indicator and advanced 31% with the OIBDA margin of 53.2%, which is 6.6 percentage points higher than the Russian margin,” Mikhailin told PRIME.

“The strong growth rates were secured by the start of LTE networks rollout and a quick rise of data traffic. The operator said 3G and 4G networks in Ukraine covered 86% and 66% of the population respectively. As LTE penetration deepens, growth will slow down gradually, but the Ukrainian market is still attractive.”

MTS, however, sees more opportunities for further development at home through expansion of its ecosystem of digital products and increasing the customer lifetime value, the analyst said.

Group of companies Finam analyst Leonid Delitsyn said Vodafone Ukraine is a large, but not major operator on the local market, and this could hardly change. “The unit brings a mere 8% to MTS’ revenue, which is certainly an argument to focus on more promising markets,” he told PRIME.

Sberbank CIB added, “The sale was also triggered by the strategy of de-risking the group structure.”

MTS said that its board of directors had recommended a special interim dividend based on the January–September performance and the sale of the Ukrainian asset of 13.25 rubles per common share or 26.50 rubles per American depositary receipt (ADR), which implies a 4.4% dividend yield, according to Sberbank CIB. The record date for the payment is set for January 10, 2020.

“We think the deal is the main reason behind the move to pay the special dividend. The management proved it by saying the operator intends to raise payments above the dividend policy when possible,” Mikhailin at Veles said.

Sberbank CIB said the special dividend translates into a total payment of 26.5 billion rubles, or about 55% of the proceeds from the sale of the Ukrainian business.

The sale could also diminish MTS’ debts. “As of the end of September, MTS’ net debt stood at 306 billion rubles, excluding lease obligations, and 471 billion rubles including them. Its reported net debt/EBITDA amounted to 1.6, though including the IFRS 16 effect it stood at 2.4. The sale of the Ukrainian business could reduce the ratio to 2.3 if the company were to use all the proceeds remaining after the dividend payment to pay off its debt,” Sberbank CIB said.

MTS also works in Armenia, where it had 2.2 million clients as of the end of September, and in Belarus, where it serviced 5.6 million subscribers, but owns 49% of the business that makes it impossible to consolidate Belarusian results into its balance sheet.

“If the operator decides to withdraw from these assets, the figures of such deals would be much lower and would not impact its quotes,” Delitsyn at Finam said.

MTS’ management said on the Investor Day on November 25 they will study various options, but plans to sell other foreign assets are not on the agenda so far, as Mikhailin at Veles recalled.