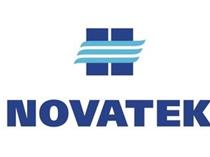 MOSCOW, Nov 6 (PRIME) -- Russian independent gas producer Novatek has signed a deal to purchase a 49% stake in Northgas from R.E.D.I. Holdings for U.S. $1.375 billion, Novatek said in a statement Tuesday.

The deal will be closed by the end of 2012, Novatek said.

R.E.D.I. Holdings is controlled by businessman Farkhad Akhmedov. Akhmedov planned to sell his stake in Northgas to power holding Inter RAO UES in 2011, but the parties failed to complete the deal.

Northgas, also known as Nortgaz, was established in 1993 to develop the Severo-Urengoi gas field in the Yamalo-Nenets Autonomous District nearby Novatek’s processing and transport facilities.

“The purchase of Northgas will help us boost the reserve base in our key region, as well as to accelerate the production growth. We expect significant synergy thanks to the proximity of the Severo-Urengoi gas field, which are close to our assets. This means additional income from gas condensate processing at the Purovsky Plant and the Ust-Luga complex,” Novatek quoted its CEO Leonid Mikhelson as saying in the statement.

Under DeGolyer & MacNaughton estimates, Northgas’ proved reserves stood at 1.7 billion barrels of oil equivalent as of December 31, 2011, under PRMS standards. The share of liquid hydrocarbons in the total reserves exceeds 13%.