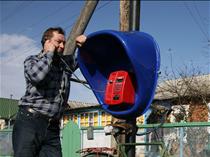 KAZAN, Sep 22 (PRIME) -- The level of phone fraud against Russians has restored to the level before the special operation, when scammers calmed down with this activity, and now the number of calls reaches 100,000 per day, Sergei Veligodsky, head of the anti-cybercrime department at Sberbank, said on Thursday.

“Since the beginning of the third quarter, everything has returned to the previous levels more or less, and the volume of calls made from the call centers located on the territories, mainly Ukraine, has already reached the level before the special operation,” Veligodsky said.

Sberbank said earlier that after the start of the operation, fraudsters stopped calling Russians for some time, the activity that began growing slowly since end March to 50,000 calls per day in early June.