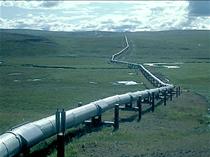 BERLIN, May 16 (PRIME) -- Russia is still interested in the further use of Ukraine’s gas transportation system after 2019, but the current volume and dates proposals of the future transit are baffling as they contradict the E.U.’s Third Energy Package, Russia’s Deputy Energy Minister Anatoly Yanovsky said at a conference on Thursday.

“The interesting thing is that the proposals which we receive from our partners, the format of the proposals which envisage setting the volumes and the timeline of transit, are puzzling as contradict the ideology of the E.U.’s Third Energy Package that requires that gas transportation capacities should be distributed basing on auctions,” he said.

“No such auction has been announced in Ukraine, and it is unclear whether they are planned for the future… We are interested in the further use of the Ukrainian gas transit system, but we need reasonable economic conditions in line with the current international legislation.”

Yanovsky also said that Russia is ready for the next negotiations with Ukraine and the European Commission on gas transit, the date depends on Ukraine’s readiness after the recent presidential election.

The current gas transit contract between Russia and Ukraine expires at the end of 2019.