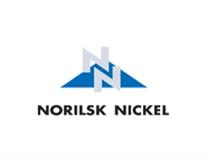 "Norilsk Nickel has elaborated a 2020–2021 program of urgent measures to raise security, strengthen security facilities around dangerous utilities. About 2.5 billion rubles will be spent on these needs in 2020, 11 billion rubles are planned for the next year," the company said.

A fuel tank at Norilsk-Taimyr Energy Company, part of Norilsk Nickel group, lost pressure on May 29 and leaked out fuel and lubricants into the river Ambarnaya, causing a fire.

An official of emergency services told PRIME that content of contaminants in the Ambarnaya River in Norilsk exceeds the norm by almost 100% after the accident.

"The maximum permissible concentrations of petroleum products at the mouth of the Ambarnaya river have been exceeded by less than 2 times," the official said.

Vladimir Burmatov, head of the State Duma committee for environment protection, said that the government submitted a bill to the State Duma, obliging companies to have a reserve on their accounts, a banking guarantee or an insurance against oil spills.

"A mechanism of financial security against oil spills will appear, which must be envisaged by any company producing, transporting, holding oil products. It will be a reserve on accounts, a banking guarantee or an insurance," Burmatov said.

Presidential spokesman Dmitry Peskov said that the situation in Norilsk is controlled by various authorities and any bias in favor of Norilsk Nickel are ruled out.