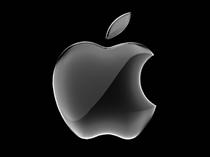 MOSCOW, Sep 11 (PRIME) -- Sales of Apple’s new iPhone will start in Russia on September 20, like in more than 30 other countries, but preorders will open a week later, on September 18, spokespeople for big retailers told PRIME late Tuesday.

Apple unveiled three new smartphones: the iPhone 11, iPhone 11 Pro, and iPhone 11 Pro Max, which all have a longer battery life and improved computing and graphic capacities, among other features.

“Apple smartphones still hold leading positions in the premium segment of devices costing over 45,000 rubles both in money and in units. On the whole, the brand is among the top three key players in sales in cash.”

The iPhone XR was the bestseller in 2019 on the market and in stores of M.Video and Eldorado.