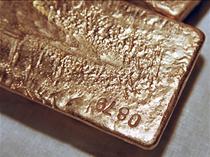 MOSCOW, Jul 31 (PRIME) -- Fortiana Holdings of businessman Vladislav Sviblov has agreed to buy 40.06% in U.K. Highland Gold Mining (HGM), which mines in Russia, for 3 British pounds apiece, or for about U.S. $3.89 per security, a total of around $567.66 million, Fortiana said in a statement on Friday.

Given the offer conditions, Fortiana Holdings evaluated the entire equity of HGM at 1.092 billion British pounds, or at $1.4 billion.

HGM is one of Russia’s top 10 gold producers, and it also operates in Kyrgyzstan.