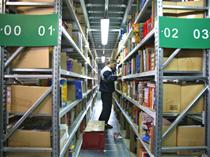 MOSCOW, Aug 4 (PRIME) -- Wednesday’s fire at a warehouse has incurred no liquidity or operational risks to marketplace Ozon, the company said on Thursday.

“Ozon is assessing the exact amount of economic losses from the incident, but there are no significant risks for liquidity and operating activities,” the marketplace said in a statement.

The company also organized a hotline for the facility’s personnel and is in touch with the hospitalized employees, ready to provide any necessary support. Ozon said two employees are still missing.

“The matter of damage compensation is dealt with insurance companies. The goods at the warehouse, equipment – mezzanines, storage rack systems, sorters, loaders – are insured for a total up to 11 billion rubles. Ozon’s responsibility in case of causing harm to life, health, and property of third parties is insured for 1 billion rubles,” Ozon said.

Ingosstrakh earlier told PRIME that it had insured the contents of the burnt warehouse against all risks for more than 11 billion rubles. The insurer will execute its duties, and the damages yet to be calculated.

A spokesperson for Alfa Insurance told PRIME that 6 billion rubles of insurance risks of the warehouse were handed over for reinsurance.

“The company is in touch with the client and will execute all its obligations under the contract fully. The damage will be sized after completion of its assessment by the involved experts. It is still early to draw any conclusions,” the spokesperson said.

The Moscow Region branch of the Investigative Committee is considering several versions of the cause of the fire.

“We are studying several versions of the reasons of the fire, including a short circuit, unsafe welding works, mishandling of a source of heat by employees,” the investigators said.

A representative of the emergency situations authority told PRIME unofficially earlier that arson was considered the main cause of the incident.

The investigators did not mention arson among the possible reasons however.