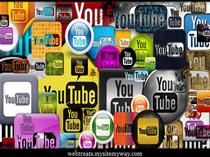 MOSCOW, Jan 13 (PRIME) -- YouTube was the most popular video hosting in Moscow and the Moscow Region during the New Year holidays, on January 1–10, and WhatsApp topped the messengers and VKontakte was the busiest social network, the country’s largest mobile operator MTS said in a research late on Tuesday.

In total, the volume of mobile Internet traffic rose 12% in Moscow and 32% in the region.

MTS registered more than 400,000 new smartphones in Moscow and the region during the first days of 2021, and most of the devices were New Year presents.

The analysts also said that most of the guests coming to Moscow for the holidays were from Armenia, Ukraine, the Netherlands, Belarus, and Austria.