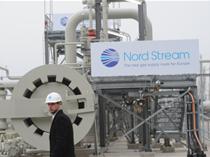 MOSCOW, Sep 13 (PRIME) -- The U.S. has plans to introduce additional sanctions against the Russian energy sector and the Nord Stream-2 gas pipeline project, U.S. Secretary of Energy Richard Perry said on Thursday at a press conference after a meeting with his Russian counterpart Alexander Novak.

Perry said that Russia’s Nord Stream-2 project creates vulnerabilities in the E.U. energy security. The U.S. opposes the Nord Stream-2 project as it believes that the pipeline could concentrate two thirds of Russian gas supplies in a single pipeline and create vulnerability in the E.U. energy security in case something is wrong, according to Perry. He also said that the U.S. embraces a desire by European consumers to reduce dependency on a single supplier.

The U.S. calls on Russia to be a responsible energy source supplier and to cease to use fuel to influence third states.

Novak invited Perry to the Russian Energy Week. He said that Russia is ready to quit an artificial dead end in relations with the U.S. on principles of equal rights and balance of interests. He offered to establish a joint investment fund for energy technologies with participation of the Russian Direct Investment Fund (RDIF).