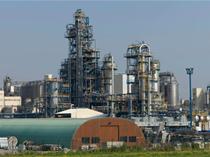 MINSK, Jan 14 (PRIME) -- Russian oil companies except Slavneft have not agreed to reduce their premiums for exports of oil to Belarus, but Minsk cannot keep the premiums after changes in the Russian oil industry taxation, First Deputy Prime Minister Dmitry Krutoi said as cited by newswire Belta on Tuesday.

“We have no new nuances in the negotiations with the Russian Federation today. We are still sticking to the position… that there is no sense to pay Russian companies the premium, which we agreed to in 2011 in the conditions of fulfillment of the tax maneuver and annual growth of the price of oil for Belarus. This is just economically unsound,” Krutoi said.

He said that Belarus continues the negotiations with Slavneft.

Belarus expects to reach an import agreement with another country soon. “We have distributed corresponding commercial proposals. All commercial services of our plants, of the Belarusian oil company, are in negotiations on a virtually everyday basis. I think we will soon attain alternative layouts of oil supplies precisely… All possible countries (are considered): Ukraine, Poland, the Baltic States, Kazakhstan and Azerbaijan. We have taken care of the issue,” Krutoi said.

The oil negotiations fell through in 2019, and Russia stopped the exports on January 1, 2020 as the export contracts between Russian companies and Belarusian customers expired.

On January 4, Deputy CEO of the state’s energy holding Belneftekhim Vladimir Sizov said that Belarus plans to resume exports of oil products until the end of January and hopes to receive 650,000 tonnes of oil from Russia in the month. He also said that a Russian company had agreed to send a batch of oil without a U.S. $10 per tonne premium.