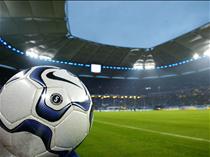 MOSCOW, Sep 29 (PRIME) -- As Russia is busy preparing facilities for the 2018 FIFA World Cup soccer tournament the communications ministry may pump 3.22 billion rubles into the construction and upgrade of the telecommunications networks for the event, which will need much more injections according to analysts. Rostelecom is named by observers as the most probable sponsor.

“By analogy with the Winter Olympics in Sochi, we may say that the bulk of spending will have the form of provision with telecommunications and IT infrastructure at sports facilities, as well as by improving wireline and wireless access,” research company J’son & Partners Consulting’s Executive Director Sergei Shavkunov told Russian Connection.

Shavkunov said that 90% of the allocated money will be spent on local telecommunications and IT infrastructure deployed at sports facilities with the remainder invested into the upgrade of existing networks.

Investments may increase later. “The renovation of the telecommunications infrastructure, as well as the expansion of handling capacities of connection channels, along with the provision of special connection and support of specialized information systems, may prove to be more expensive than in the Sochi case, when preparation of telecommunications infrastructure consumed almost 7 billion rubles,” Ilya Frolov, senior manager at research and analysis at Promsvyazbank, said.

He added that the network revamp will have to involve private contributions. The country’s three largest operators – MTS, MegaFon and VimpelCom – will have to boost capacities of their networks at the World Cup sites that will result in a high density of base stations locations.

Moscow and Sochi seem to be the only two cities out of the 11 hotspots of the championship that will not need a serious upgrade of telecommunications infrastructure. “In other cities the net fails to comply with the World Cup requirements, and additional investments will follow,” Zerich Capital Management senior analyst Viktor Markov said.

“Possibly, it could be more correct to look at the matter not from the point of view of capital expenditures, but operating expenditures, meaning what volume and which information and communications services will be in demand during the 2018 tournament.”

Shavkunov said that investments into the transformation of the information and communications infrastructure and the development of services will be mostly of private provenance. “In this pursue, we have to improve a negative mood toward the online sphere, which has recently settled,” he said.

“Given the scale of the event, the project may engage Rostelecom, MTS and MegaFon. Participation will bring telecommunications companies technological development, new users and additional traffic,” Zerich’s Markov said.

Promsvyazbank’s Frolov said state-controlled Rostelecom is the most probable sponsor. “The company may be vested with the functions of the general subcontractor when arranging the infrastructure and implementing IT solutions,” he said.

“Rostelecom is studying opportunities and a format of participation in the preparation for the 2018 World Cup, but there is no decision so far,” Valery Kostarev, head of B2C of PR-department at Rostelecom, said.

The country’s leading operators are also getting their networks ready for the World Cup.

“The operator is preparing its networks for a higher load, as it used to do during the Olympics. We are taking into account facilities under construction as well, and places of accommodation and main journey routes of sportsmen and spectators,” Nadezhda Ivanova, a spokeswoman for VimpelCom, working under the Beeline brand, said.

MTS has well-developed networks in the tournament’s cities, and 2G and 3G networks fully cover Moscow and provinces. The LTE network is presented in most of the event-hosting cities.

“MTS is experienced in working at grand sports events, when pressure on the network at stadiums exceeds the normal level by dozens of times. If required, MTS can quickly increase the capacity of its network thanks to various technological solutions, including moveable base stations,” MTS’ spokesman Dmitry Solodovnikov said.

A sponsorship contract for the Winter Olympics, held in February in the southern city of Sochi, was won by Rostelecom and MegaFon. They promised then to provide mobile and fixed-line services during the event and paid U.S. $130 million each for the contract.

“The World Cup is a mega tournament with an audience of 3 billion people around the globe, as it was the case with the 2014 event in Brazil. But as the popularity of soccer constantly grows, the audience of the 2018 event may exceed 3 billion people,” Zerich’s Markov said.

The audience will mostly comprise representatives of various interactive online services, rather than viewers of traditional broadcast television or spectators at stadiums. “The consumption of online services, including online-distributed advertisements, during the 2018 tournament and other similar events attracting global interest may become the main source of income from their organization,” J’son & Partners Consulting’s Shavkunov said.

“Correspondingly, not only traditional telecommunications companies, like Rostelecom and the top three cellular operators, may become sponsors of the 2018 tournament, but also providers of online services.”