KAZ Minerals to buy Baimskoye field in Chukotka for $900 mln 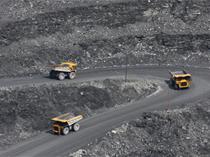 The sum includes an initial payment of $675 million and a deferred payment of $225 million.

The initial payment consisting of $436 million and 22.3 million of KAZ Minerals’ newly-issued shares is earmarked for a 75% stake in the project, while the remaining 25% will be purchased either with shares or cash depending on the project’s implementation.

An average annual output at the field over the first 10 years of operations is projected at 250,000 tonnes of copper and 400,000 ounces of gold.

Capital expenditures on the mine development are estimated at U.S. $5.5 billion and could be revised during a feasibility study.