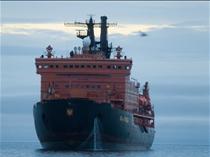 MOSCOW, May 13 (PRIME) -- Russian shipping company Sovcomflot has already sold about a dozen of ships to buyers from Asia and the Middle East, the Wall Street Journal reported late on Thursday citing sources.

The company sold five tankers to Koban Shipping of the United Arab Emirates and four LNG carriers to Eastern Pacific Shipping from Singapore.

Eastern Pacific paid U.S. $700 million to a bank that acquired ownership of the vessels. Sovcomflot was also in negotiations about its ships with other companies like China Merchants Group Ltd., the Wall Street Journal reported.

On May 6, Sovcomflot said it would sell a part of its fleet, including the ships whose use is pointless because of the restrictions that had been imposed on the Russian trade fleet.