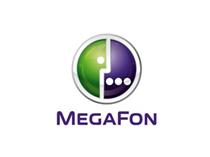 MOSCOW/VLADIVOSTOK, Sep 11 (PRIME) -- The Russian Direct Investment Fund (RDIF), mobile operator MegaFon, Internet company Mail.Ru Group, and Chinese giant Alibaba Group have announced their strategic partnership, under which they will establish a joint venture in the social commerce sphere in Russia and the CIS, the fund and MegaFon said on Tuesday in statements.

“Within the framework of the partnership, there will be created a joint venture on the basis, among others, of the current business of AliExpress in Russia. The parties will merge strategic assets and invest new capital, management, resources, and expertise into it,” the fund said.

The RDIF will become a strategic participant of AliExpress Russia by purchasing a 13% stake through investments and an acquisition of an additional interest in the joint venture from Alibaba Group.

MegaFon will sell its 10% in Mail.Ru Group to Alibaba Group in exchange for 24% in AliExpress Russia.

Mail.Ru Group will also hand over to the joint venture its e-commerce business Pandao, money, and distribution in a format of integration with its products. Mail.Ru Group will receive a 15% stake in AliExpress Russia.

Alibaba Group will have 48% in AliExpress Russia.

AliExpress Russia and Mail.Ru Group will also sign an agreement on strategic cooperation, which includes, among others, exchange in traffic and product initiatives.

The deal is expected to be closed in January–March 2019.

The joint venture will work in all e-commerce segments, including cross-border and local marketplaces, as well as own direct sales.

The parties do not disclose the value of the new company. The RDIF’s head Kirill Dmitriev said the fund with the partners have invested “hundreds of millions of rubles” in the project.

“The partnership with the global leader in e-commerce will be of high importance for digital transformation of the Russian economy,” Usmanov said.

The country’s e-commerce market has a huge potential. “Alliances between big players are becoming a trend on the e-commerce market. Keeping in mind that it’s the partnership with a Chinese company, I’m certain of a huge capability of the deal for strengthening of the Russian-Chinese business ties,” he said.

President of the Association of Internet Trade Companies (AITC) Artyom Sokolov said the creation of the joint venture would allow the Chinese company to tighten its grip on the Russian market, and local manufacturers would find it impossible to compete with Chinese ones.

Terms of work for Alibaba and AliExpress in Russia can be called ideal already now. They pay no value-added tax, there is no import duty for the bulk of parcels, and goods need no certification.

“When the RDIF, Alibaba, MegaFon, and Mail.Ru create a joint venture, it turns out that the Chinese platform is offered money, faster delivery, and other conditions that will help it to strengthen positions even more on the Russian market. As a result, Russian manufacturers will find it impossible to compete with Chinese producers,” Sokolov said.

“There is a misconception that Russia makes nothing. But if we take clothes and footwear, for example, a third of assortment on our trading venues is presented by goods of Russian make,” he said, adding that 36% of the cross-border trade between Russia and China comprises clothes, footwear, and other products of the consumer goods industry that arrive without taxes.