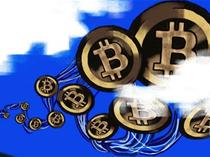 MOSCOW, Apr 9 (PRIME) -- Barely two weeks ago, the Bitcoin (BTC) – one of the earliest incarnations of a concept called “crypto-currency” – was worth only U.S. $90 per coin, but this changed rapidly in the aftermath of Europe’s announcement of a 10-billion euro bailout plan for Cyprus, which caused a worldwide panic that surged the virtual coin’s value to a high of $142 last week.

The E.U. and the IMF have agreed to salvage Cyprus’ sinking economy only on condition that the debt-ridden country itself raise 5.8 billion euros, which has necessitated a tax on depositors with savings of over 100,000 euros in The Bank of Cyprus and Cyprus Popular Bank (Laiki) to generate the sum. Russians are collectively believed to have billions of euros in Cypriot accounts, but the Russian government has done little to help prevent them from experiencing catastrophic financial losses.

With a previously cash-flooded Cyprus now in economic shackles, citizens across the world have embarked on a search for a financial safe haven, fueled by an intense distrust of central banks and desperate to avoid falling victim to future government mishaps that could deprive them of their savings.

“Many Europeans are becoming afraid that when the government runs out of money, (their) banks will shut them out … People need a way to rush to something that they consider safe … The big feature of crypto-currency is that it does not go back to a central bank and its value is, therefore, determined by all of the people who buy and sell within that closed community,” Emmanuel Daniel – entrepreneur and founder of Singapore-based financial consultancy The Asian Banker – told PRIME.

For this very reason, the Bitcoin, a conveniently decentralized virtual currency introduced in 2009 by pseudonymous developer named Satoshi Nakamoto, is rapidly becoming an alternative to government-issued money and now has a collective value that surpasses $1.5 billion, significantly more than the $44 million it was worth in May 2012, as per FBI estimates.

Crypto-currency could be described as an attempt at economic anarchy in the form of an abstention from the economic system of a state and a reversion to more traditional methods of exchange, such as bartering, trading, or commodity money, usually gold or silver. Each exchange is based on the individual’s perception of the worth of an object in relation to the worth of one virtual coin, independent of the opinion of a central government authority.

“The real determinant of the success of a particular virtual coin is the community that is using it and their trust in its value,” said Daniel.

WHERE ARE THEY MINTED?

In a nutshell, Bitcoins are “minted”, or in this case “mined”, when networks of computers solve complex mathematical algorithms in ten-minute intervals to find a sequence of data called a “block”, each of which has a pre-assigned money supply that is transferred to the “solvers” once a solution is found. The cryptographic algorithm called Elliptic Curve Digital Signature Algorithm (ECDSA) ensures that the funds can only be spent by their rightful owners by generating a “private key” that acts as a digital signature to confirm that a Bitcoin belongs to a particular end-user – the person who solved the puzzle. The algorithm is such that new coins are created at a pace that steadily decelerates over time. Though the very last Bitcoin – number 21 million – will not be generated until the year 2140, it is expected that most Bitcoins – that is 99% of them – will have already been released by 2033. There are nearly 11 million Bitcoins currently in circulation. The only way to obtain a Bitcoin without solving the algorithm is to buy it from someone who has, which is what most people must resort to.

Unlike government-issued currency, Bitcoins have no serial numbers and are virtually untraceable, traded anonymously on various Bitcoin exchanges on the Internet, with Mt.Gox being the largest and oldest. The benefits of anonymity have given Bitcoins a rather murky past – before the Bitcoin boom the currency was frequency used in illegal activities, such as drug trafficking and gambling.

AN ILLUSION OF SAFETY?

According to Web site of ‘Seal and Club’, an Internet Bitcoin poker community, the “Bitcoin’s ingenious algorithm ensures that Bitcoins cannot be faked, counterfeited, created by rouges, and ensures that outside entities cannot in any way corrupt or game the system.”

While Bitcoins can certainly not be counterfeited, past precedent serves as sufficient evidence against the claim that outside entities cannot interfere with Bitcoin severs, which have been infiltrated by hackers in the past. Just last week, the value of the Bitcoin fell rapidly from a high of $142 to $115, when Mt.Gox once again came under attack by hackers.

As expected, the value of a Bitcoin fluctuates with great frequency, which can be rather problematic. As observed by Reuters finance blogger Felix Salmon in his article ‘The Bitcoin Bubble and the Future of Currency’ on medium.com, “volatility is a serious problem … if the currency of a country ever fluctuated as much as Bitcoins did, it would never be taken seriously as a medium of exchange: how are you meant to do business in a place where an item costing one unit of currency is worth $10 one day and $20 the next?”

ATON’s Chief Equity Strategist Peter Westin believes that citizens do not have trust in a currency that has great fluctuation. “They will realize that they do not trust it and will try to get rid of it as soon as possible and that would mean that its value would fall very rapidly. If you remember what happened in Russia in 2008 and in December – January 2009 when the ruble was falling very rapidly, people moved away from the ruble to the dollar.”

According to Westin, the essential problem with crypto-currency is the very thing that it celebrates: the absence of a central bank. “Currency stability is one of the key goals of every central bank … (The Bitcoin) is a currency without fundamental backing, and it looks like it can create a bubble. If, all of a sudden, you have an external shock, the bubble can burst very quickly. This looks like a pyramid scheme,” he said.

Daniel agreed, saying that the Bitcoin is an illusion of safety. “If the Bitcoin fails, you lose everything because there is no government involved (to back it up).”

But fluctuation in the Bitcoin’s value is not the only thing that can leave users in the dust: common computer issues such as a failed backup or a hard-drive failure are enough to delete all traces of your virtual currency. There is no Bitcoin-equivalent of the Federal Deposit Insurance Corporation (FDIC), which means that Bitcoin users have nothing protecting their funds.

According to Forbes’ technology contributor Timothy Lee, it may not be long before federal governments begin to interfere with virtual currency. “At some point, federal law enforcement agencies may conclude that Bitcoin is a giant money-laundering machine and look for ways to shut it down,” he wrote last week in his article ‘Four Reasons You Shouldn’t Buy Bitcoins’.

Although Daniel agrees that the Bitcoin is an unreliable currency, he thinks that its popularity is an indication of a significant change: “It is a revolution in finance and a social movement. Yes, there is a high risk, but what is important is that people are saying to central banks that ‘we do not trust you anymore and we are taking this type of risk’.”