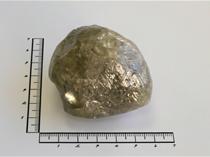 This is the company’s first reserves audit provided by Micon International Co. The estimate includes ALROSA’s largest deposit, which account for about 70% of its mineral resource base. The audit does not include ALROSA’s share in Angola’s Catoca Mining.