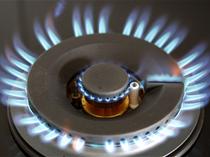 BUDAPEST/BRUSSELS, Nov 24 (PRIME) -- The E.U. energy ministers have not decided to limit the gas prices, Hungary's Foreign Minister Peter Szijjarto said on Thursday, while an E.U. source said that the ministers preliminarily agreed on a new mechanism of gas purchases.

"We started negotiations on introducing a gas price ceiling today. I can say that these are bad proposals that threaten Europe's energy security,” Szijjarto said.

“No decision complying with the European Commission goals was made today at the meeting, because the bulk of the participant states, including us, advocated a point of view that you cannot make decisions on the gas market solidarity measures without mistakenly interfere with the gas market."

The source said that the new mechanism envisages a limit on price surges in the TTF hub index and is aimed at filling the storages by December 2023. An extraordinary meeting of the ministers to agree on the mechanism can be held on December 13, 2022.

According to Szijjarto, all ongoing debates on the issue will continue December 13.