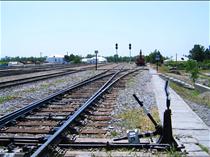 MOSCOW, Nov 20 (PRIME) -- The Southern Cluster, a project of Russian Railways that should speed up passenger transportation to the country’s south, will cost 1.37 trillion rubles, of which 300 billion rubles may come from the National Wealth Fund in 2025–2030, Kommersant business daily reported on Friday quoting the project’s schedule.

A source familiar with work on the project told Kommersant that the figures were only preliminary, not approved.

The project should halve travel time of a passenger train from Moscow to Adler to 16 hours from 32 hours in 2030.

Russian Railways declined to comment, while a representative of the Finance Ministry said that the relevant agencies were now working on a financial model and design of the project, including financing sources. (76.2627 rubles – U.S. $1)