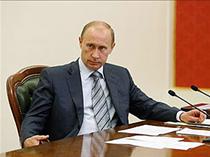 MOSCOW, Nov 23 (PRIME-TASS) -- Russian Prime Minister Vladimir Putin has ordered the Federal Mineral Resources Agency to hold a tender for a license to explore and develop the Malyshevskoye emerald deposit in the Sverdlovsk Region by the end of 2010, according to the ruling seen by PRIME-TASS Tuesday.

In June 2008, the agency revoked the license for the deposit from ZAO Zelen Kamen, which was owned by Canada’s Tsar Emerald, for technical violations and temporarily transferred the license to a government-controlled body.