Putin signs into law bill on tax maneuver in IT industry 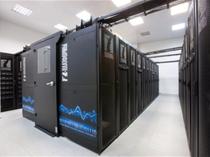 MOSCOW, Jul 31 (PRIME) -- Russian President Vladimir Putin has signed into law a bill on a tax maneuver in the IT industry and facilitation of declaring of individuals as the country’s tax residents, according to the document released on Friday on the portal of legislative information.

Putin proposed the maneuver in June with an indefinite decrease of the payroll tax for IT companies to 7.6% from the current 14% and of the corporate profit tax to 3% from 20%.

The document was prepared by the government to execute the president’s suggestion and stipulates introduction of the initiatives from 2021. Regional budgets will not get their proceeds from the corporate profit tax.

Prime Minister Mikhail Mishustin said such tax rates will be among the lowest in the world that will make projects more profitable if they are developed in the country than abroad.

The law will allow individuals residing in the country from 90 through 182 days to declare themselves as Russian tax residents on the base of an application filed to the tax authority.