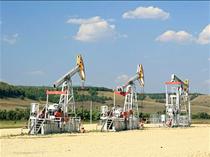 MOSCOW/BRUSSELS, May 13 (PRIME) -- The E.U. diplomats are considering postponing a Russian oil embargo because of Hungary's objections, newspaper Politico reported on Friday citing a source close to the discussion, while another source said that there are no such plans, and the sanctions would be adopted in a single package.

"One idea circulating in Brussels would see other elements of the E.U.'s sixth package of Russia sanctions move ahead, with the support of all 27 member countries. But the complete ban on all imports of Russian crude and refined fuels could be put aside for now, while work continues on a compromise deal that Hungary can accept," the newspaper reported.

The official said that in case a reduced package of sanctions is approved, the E.U. would send a bad sign, which is why many participants would disagree with the solution. Another official told the news portal that the fastest implementation of the rest of the package would be beneficial, and the step is entirely reasonable.

"It is the states that make the final decision… It would be preferable to keep integrity of the package of sanctions. I think that the sanctions would be adopted together," a third official said.