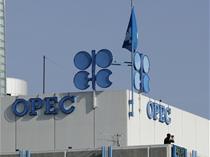 MOSCOW, Dec 2 (PRIME) -- Saudi Arabia will push for an extension of oil-production cuts through mid-2020 at a producers’ summit this week in an effort to prop up Saudi Aramco’s initial public offering share price, Persian Gulf officials said, according to a Wall Street Journal report on Monday.

Saudi Arabia needs stable oil prices of at least at U.S. $60 per barrel, and cannot afford a further reduction because that would be a negative factor for the investors who bid in the IPO, the newspaper reported, citing an oil councilor to Saudi Aramco.

In November 2016, OPEC and non-OPEC states including Russia first decided to reduce their oil output to rebalance the market, and agreed on additional reduction in December 2018. In July, they prolonged the deal until April 2020.