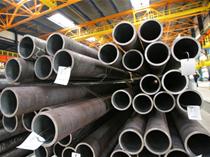 “We are happy to inform you that we bought 100% in Artrom Steel Tubes, the most important industrial group in Romania and one of the leaders in production premium pipes with special applications,” Profit.ro reported quoting Hefestos Capital co-owner Milutin Nikolic.

Leonid Khazanov, an independent industry expert, said that the deal could range from U.S. $100 million to $200 million. TMK’s Romanian division unites two plants, the first of which can produce 450,000–500,000 tonnes of steel per year, while the second produces around 200,000 tonnes of seamless pipes per year. The division also has sales offices in Italy and Germany, Khazanov said.