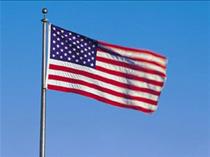 WASHINGTON/MOSCOW, Feb 20 (PRIME) -- The U.S. State Department offered no new sanctions against the Nord Stream 2 gas pipeline project in a report submitted to the Congress, Bloomberg reported on Saturday citing the document.

The State Department did not offer to punish any German or European companies for participation in construction of Nord Stream 2.

Russian Foreign Minister Sergei Lavrov told channel RBC that he sees alleged negotiations between Germany and the U.S. to save the pipeline from sanctions humiliating.

"They openly write that there are negotiations and they are discussing the possibility of an agreement between Washington and Berlin, in accordance with them it's okay to finish Nord Stream 2 and to use it but if out of a sudden gas transit across Ukraine falls, Nord Stream 2 will be halted,” Lavrov said.

“I cannot talk on behalf of Germany but it is clear to me that the proposal is humiliating."