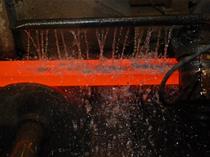 “The Chinese company is acquiring a blocking stake in a company that owns important deposits in Kamchatka containing about 43,000 tonnes of nickel, 1,500 tonnes of cobalt, and a lot of copper,” he said.

The Jilin Horoc company is due to participate in the development of infrastructure in the region, Artemyev said. “The deposits have not yet been developed, because there weren’t any investments,” he added.