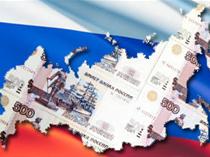 According to Prime Minister Mikhail Mishustin, the government is finishing drafting the budget. “We will consider today the package of documents connected with its forming, including a forecast for social and economic development, the budgets of two extra budgetary state funds and several others," he said, adding financing of partial mobilization will be considered as well.

The draft budget envisages a balanced budget policy with demand support and confident growth of the economy by more than 2% in 2024, he said.

The Finance Ministry included additional income from liquefied natural gas (LNG) exports and the increase of taxes in the oil and gas industry, including natural gas export duties, in the period.

The Finance Ministry plans to introduce an excise duty on sweet beverages in order to spend the money on diabetes treatment.

Russia will raise financing of the employment program in the conditions of sanctions.

Finance Minister Anton Siluanov said that the ministry plans to minimize the use of the National Wealth Fund money on the budget deficit financing.