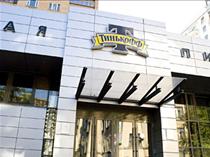 Media reported earlier that Tinkoff Group’s main shareholder Oleg Tinkov was considering other options, including an acquisition by mobile operator MTS or its unit, MTS Bank.

“We’re not holding negotiations with anyone, Tinkoff will develop further independently,” a group spokesperson told PRIME.

Tinkoff and Yandex said earlier that they agreed the U.S. $5.48 billion acquisition in general, but warned that there was no certainty in the deal.

“Tinkov wanted the deal to be a merger to participate in business management. Yandex wanted to acquire the company fully and make all decisions itself,” a source close to one of the companies told PRIME.

Yandex said in a statement that it “confirms with regret that it has not been able to agree clear transaction terms with Tinkoff’s core shareholders and accordingly that the parties have mutually agreed to terminate discussions of a possible offer by Yandex for 100% of the share capital of Tinkoff”.

The Internet company confirmed that it does not intend to make an offer to Tinkoff.

Yandex Deputy CEO Tigran Khudaverdyan said in a letter to the company’s employees, “We’ve been constantly meeting Oleg (Tinkov) halfway in his additional requests. We, certainly, agreed that after the deal Oleg would participate in management of the bank and would help Yandex in general (it would be logical, because after the deal Oleg would have become a large Yanex shareholder.”

“Unfortunately, there were new and new demands after every stage of the negotiations. This is why, when we have leant today that Oleg had decided to retreat from the deal, we were not surprised.”

If the deal had taken place, Yandex would have built partnership relations with the Tinkoff team by giving it freedom in business development and all the opportunities of the Internet company’s ecosystem, Khudaverdyan said.

The central bank will check Tinkoff and Yandex for signs of insider trading in the wake of distribution of information about the purchase of the group by Yandex and termination of the talks, said Valery Lyach, head of the regulator’s department fighting against unfair practices.

“It’s our standard move. We’ll check it anyway. We hold a preliminary analysis of all unusual deals for the signs of insider trade. We’ll announce the presence of such signs or discovery of suspicious transactions after investigation not to influence the quotes,” he told PRIME.