Report: RUSAL’s plant in Sweden in talks to return to power bourse 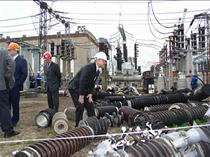 Access to power purchases on the bourse was suspended on April 18 due to a breach of clearing rules, Nord Pool said without elaborating.

On April 6, the U.S. imposed sanctions against 38 Russian tycoons, officials and companies, including RUSAL.