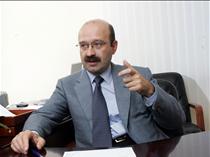 Earlier in June, the bank’s supervisory board recommended paying 2 billion rubles in dividends for 2018 to the only shareholder, the central bank.

“It was not envisaged by the strategy, but since we’ve received a good profit, we decided that it would be right for our shareholder, the central bank, and the market, to understand that we will pay dividends on a regular basis, and increase the volume and the share. That is why we will pay (dividends) for 2019 and 2020 as well,” he said.

In 2017, Otkritie FC Bank was the first large Russian bank that was bailed out by the central bank via the Banking Sector Consolidation Fund, which made the regulator the major owner of the troubled bank.

Zadornov also said that Otkritie FC Bank plans to occupy a 5% share of the domestic corporate lending market until the end of 2020.

The central bank may reduce the key interest rate twice in 2019, the executive also said.

“Tough monetary policy can restrain economic growth. That is why we expect the regulator to reduce the interest rate twice until the end of the year,” he said.

The current key interest rate of the Russian central bank is 7.75% annually.

The CEO also said that Russia’s gross domestic product (GDP) may grow above a 1.3% forecast of the Economic Development Ministry in 2019 thanks to the state’s strong macroeconomic performance, a double budget surplus and a large foreign trade surplus.