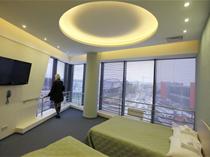 MOSCOW, Se 21 (PRIME) -- Russia’s Federal Antimonopoly Service will go to court if service Booking.com does not pay a 1.3 billion ruble fine when the relevant resolution comes into force, the antitrust authority’s Deputy Director Pyotr Ivanov told PRIME in an interview published on Tuesday.

“I’d rather speak not about sanctions but the measures we’ll take if the fine is not paid. According to the law, in this case, we’ll go to court to claim the fine,” Ivanov said.

“But I’d like to mention that there have been no such precedents yet: the foreign companies that were to pay the penalties upon the decision of the Federal Antimonopoly Service paid them,” he added.

The authority said in August it slapped a 1.3 billion ruble turnover-based fine on Dutch company Booking.com for abuse of its dominance on the market. The Moscow Arbitration Court registered the company’s claim seeking to invalidate the decision earlier in September.

The regulator said that the service obliges its partners to follow the parity of prices, the terms when their prices on other resources should not be lower than on Booking.com.

If Booking.com eliminates its parity of prices, it will contribute to the development of competition on the market and will enable other aggregators to rival the Dutch service. “Certainly indirectly, it should influence the price as well,” Ivanov said.

The official also said that Apple has enough time to cancel the ban of informing Russian users of applications about alternative ways of payment outside App Store.

In late August, the antimonopoly service said that Apple abuses its dominant position on the market of applications and ordered the company to improve by September 30. “We think that the necessary changes can be made by the deadline,” Ivanov said.

“The service has not received any official requests from Apple regarding the fulfilment of the warning. We monitor the terms offered by Apple to its clients, including about an option of integration of applications into the App Store system and see no changes so far. They stick to the practices they had,” he said.