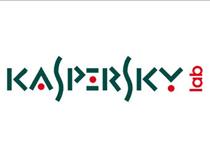 MOSCOW, Jul 2 (PRIME) -- Russian antivirus software maker Kaspersky will become a pioneer in the use of a protected mobile platform on the basis of KasperskyOS for industrial and corporate purposes in September–November, CEO Yevgeny Kaspersky told PRIME in an interview published on Friday.

“It’s not a phone in the usual sense of the word, it means it won’t have music, all sorts of social networks and other ‘tasty’ gimmicks. The phone is now not just for calls, it’s a personal device that connects you to the world. Our device is more like a communicator, a protected mobile platform on the KasperskyOS basis for the industrial and corporate sector,” Kaspersky said.

The device will ensure calling, the Internet, messenger, e-mail, office, but is restricted not to violate security, he said.

“I won’t name you the buyers who will use our safe mobile device this autumn. They are large corporations waiting for it, they need it so that their employees would have secure access to infrastructure and confidential information,” Kaspersky said.

The businessman also said that the U.S. would unlikely lift the 2017 sanctions from the company and may even slap new ones. “It may happen. Yes, the world is now organized like that,” he said, adding that he sees that the current situation is bad. “The prospects – it will stay as is or become worse.”

Kaspersky also said that the hackers’ business is built like an ordinary enterprise.

“Criminals have their own economy. The cybercriminal economy has existed since long ago. Some are arrested, others disappear, new hackers appear. Everything seethes and boils,” Kaspersky said.

“Moreover, if we go to the Darknet, it has its own business stories. There are vacancies, different services, even discounts for loyal clients. There are arguments if someone does not pay somebody for the done work.”