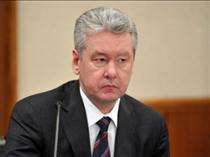 Moscow has adopted business support measures and a list of tax grace periods and exemptions amid the coronavirus.

Moscow is working on a stage-by-stage system of economic support, Sobyanin said.

"The measures must be connected with the decisions of the central bank, the government of the Russian Federation and the local authorities,” he said.

“Combined, they must support the entire system, the economic system of the country but in a balanced way because we understand that it will not end tomorrow. The government and us are working on a stage-by-stage system of support: the first package, the second package, the third package as problems appear."