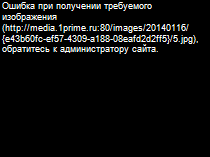 The investment banking fees earned throughout 2013 totaled $805.5 million and registered a 3% increase from 2012.

Russian target M&A throughout 2013 totaled $52.8 billion, less than half the value observed during 2012 and the lowest annual total since 2009. Russia was the 8th most targeted nation worldwide, down from 5th during 2012. 82% of Russia deals were domestic, involving a Russian acquirer, and 54% deals involved targets in the energy & power sector.

Russian outbound M&A activity totaled $2.8 billion during 2013, a 63% decline from 2012 and the slowest annual period for outbound M&A since 2004. Canada was the most popular target for Russian buyers, accounting for 47% of outbound M&A by value, due to a $1.3 billion offer for remaining shares in Canadian mining company Uranium One, from Russia’s state-owned ARMZ. VTB Capital topped the 2013 announced any Russian involvement M&A ranking with $13.7 billion, while Morgan Stanley took second place with $10.8 billion.

Equity capital markets issuance totaled $2.2 billion during the fourth quarter of 2013, taking the full year 2013 total to $9.0 billion. This marked an 8% increase in activity from 2012 and the highest annual total since 2007.

Eleven follow-ons totaling $6.6 billion accounted for 73% of ECM activity during 2013, while four initial public offerings totaled $1.8 billion. The largest Russian ECM transaction during 2013 was Bank VTB’s follow-on in May, which raised $3.3 billion. Bolstered by this deal, Financials was the most active sector in Russia during 2013.

Russian ruble-denominated DCM activity decreased 6% from 2012 to total $32.1 billion during 2013. VTB Capital took the top spot in the 2013 Russian debt ranking with a 16.5% share. Gazprombank and Sberbank CIB followed in second and third positions.