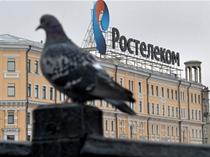 In late September, Rostelecom completed the final stage of its reorganization, under which state-run telecom holding Svyazinvest and 20 other firms were integrated into Rostelecom. The government’s combined common stake in the merged company amounted to 51.12% after the reorganization.

Rostelecom was earlier included in the 2014–2016 privatization plan, and the Federal State Property Management Service planned to start preparing Rostelecom for the privatization right after the merger with Svyazinvest is completed.

Now, Rostelecom is deliberating spinning off its mobile assets into a mobile joint venture, which could be set up with regional mobile operator Tele2 Russia.

In September, the property agency’s head Olga Dergunova said that the government’s stake in Rostelecom could be fully sold in 2014 for at least U.S. $5 billion.

However, the operator’s management believes that privatization will be feasible only in 2015–2016, after the company’s market value increases.