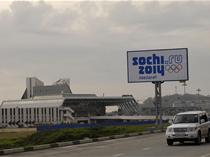 MOSCOW, Jan 15 (PRIME) -- Major Russian mobile operator MegaFon has invested more than 10 billion rubles into the construction of communications infrastructure facilities for the 2014 Winter Olympic Games in the city of Sochi, the operator said in a statement Wednesday.

“We have fully completed the construction of the network infrastructure on time. Investments into the project amounted to over 10 billion rubles. Today, our networks are absolutely ready for the future loading,’ MegaFon CEO Ivan Tavrin said, as quoted in the statement.

MegaFon has installed over 680 base stations suitable for the second generation, or GSM, and third generation (3G) communications standards, as well as more than 270 fourth generation (4G) Long Term Evolution (LTE) base stations for high speed mobile data services.

In 2009, MegaFon and wireline giant Rostelecom became partners for the Sochi Winter Olympic Games and were expected to provide mobile and fixed-line services during the event. Each operator paid U.S. $130 million for the contract.